1. Online Symposium on Elections in Times of Epidemic 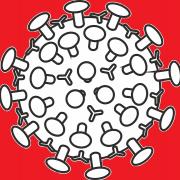 The ACEEEO invites all the interested to attend the Online Symposium on Elections in Times of Epidemic to be held on 5 May 2020, 14.00 (CET).

Disruption in elections is not a new phenomenon, because EMBs organized elections among challenging circumstances in post-conflict situations, natural disasters, and even pandemics before. But since the COVID-19 pandemic went worldwide, new challenges arose which should be discussed by professionals in order to be able to make the most appropriate decision. There is no unique formula with a tested script of the steps to follow at times of pandemics. Certain countries affected by the COVID-19 decided to postpone elections, others introduced special measures in the conduct of elections. Each of these decisions have their short-term and long-term risks and opportunities.

The ACEEEO, in line with its primary goal, namely, to promote democratic procedures in the region, initiates an Online Symposium for electoral stakeholders to discuss the pros and cons of the solutions implemented by EMBs. This Symposium serves to contribute to this ongoing discussion, by highlighting the general key considerations and challenges, and by focusing on the South Korean and Polish examples. In South Korea elections were held amidst the epidemic, on 15 April. In Poland the presidential election is supposed to be held on 10 May, however, some argue that the elections should be rather postponed. Both countries serve examples worth examining, both from a general democratic, and from an electoral expert perspective.

14.10 – 14.20 – Elections in the ACEEEO region in times of Covid-19 – Key considerations and challenges, presented by János Mécs, project manager, ACEEEO 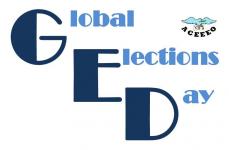 The Electoral Management Bodies of the ACEEEO commemorated the Global Elections Day for the 15th time on 6 February 2020.

On the Global Elections Day (6 February) the ACEEEO Secretariat organized a ‘Roundtable discussion on the thirty years of the Hungarian democratic elections’. The roundtable marked the anniversary of the first free Hungarian elections which were held in the spring of 1990, following the regime-change. It also gave an overview of the main changes in the electoral field which occurred during the past thirty years, as well as introduced insights about the possible ways of development in the field of elections in the next decade. The roundtable was attended by electoral experts, practitioners and members of academia. The first session was dedicated to the first elections held in 1990 and the societal-political context influencing the organization of these elections.  In the second session the developments and challenges of the electoral system in the past 30 years were discussed. The third session was dedicated to the ideas about the next decade of the Hungarian elections.

Due to the spread of the COVID-19 virus which prevented physical gatherings around the world the ACEEEO Executive Board meeting of Spring 2020 had been held via electronic means. Executive Board Members reviewed the annual report on the ACEEEO activities, approved the annual financial report for the year 2019, reviewed the information on the annual membership fees, and decided to put on the agenda of the upcoming General Assembly meeting the postumus Honorary Membership of Mr. István Zsuffa, former Program Director of the ACEEEO Secretariat.

Furthermore, the Executive Board discussed and adopted the description of the 29th Annual Conference and General Assembly of the ACEEEO with the note that Conference Organizers are planning to hold the Annual conference between 9-11 September, in Tbilisi, Georgia. However, in the current international situation, which is linked to the spread of COVID-19 virus, the date of the Conference should be considered as a proposal. The Organizers care about the safety of the participants, therefore, they observe the development of the international situation and the recommendations of the WHO and Ministries of Foreign Affairs. Thus, the Organizers should inform the ACEEEO Members, as well as other potential conference participants about the set date of the conference as soon as possible.