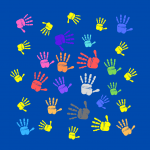 The event will be held after the 30th Anniversary ACEEEO Conference, in the autumn.

The future of Europe’s democracy is in the hand of today’s young people. The European integration project depends on whether young people are attached to European values and whether a thicker European identity can be articulated based on shared values and experiences. Elections play a paramount role in this aspect, as they are the manifestations of the underlying political community and of democracy. Namely, through elections voters can feel that they belong to the European community. The election of the members of the European Parliament might be key in this respect, as the ultimate expression of the transnational political community. However, the question arises whether EP elections indeed fulfil this role.

We believe that by mapping the attitudes of today’s young people we can get a picture of tommorow’s Europe. Nevertheless, decision makers might not just stand idle, but they can actively influence these processes; cleverly tailored institutions and policies might strengthen the European identity and democracy. For this reason, an interdisciplinary dialogue is needed, in which the current reality and the possibilities are examined by various experts. Moreover, as we think that there is no point in thinking about the future of the youth without the youth, young people should be included in the discourse.

The Online Symposium is freely accessible, however, prior registration is needed. If you wish to participate, please RSVP in the registration form.