Workshop for International Electoral Experts on the Hungarian Parliamentary Election

On the 5th of April 2014 a workshop for international election observers of the Hungarian parliamentary election was organized in Budapest by the Association of European Election Officials (ACEEEO).

As an entirely new legal framework was introduced, this year election has been followed by higher international interest than ever before. ACEEEO held it inevitable to familiarize international election observers with new electoral system, important changes in the legal framework and new procedural elements.

Three guest speakers-election professionals presented a brief summary of the legal framework and administration of the Hungarian parliamentary elections. Prof. Dr. Marta Dezső, a senior consultant specialized in public law with particular emphasis on the electoral law, during the workshop presented the legal framework of parliamentary elections. Dr. Zoltán Pozsár-Szentmiklósy, assistant lecturer at the ELTE University and legal officer of the Hungarian Helsinki Committee, spoke on electoral procedures before the elections day as well as presented election management bodies and their functions. Dr. István Zsuffa, a senior consultant specialized in public administration and chief programme director of ACEEEO, gave presentation on the election day activities and about the types, subjects and authorities deciding on legal remedies. After each of the formal presentations, participants were able to ask questions and discuss particular issues of their interest.

More than 40 participants including representatives of embassies, national election management bodies from other countries, international organizations and NGOs attended the event. Representatives of the OSCE/ODIHR electoral observation mission were also present as they found the workshop useful for their work.

Szolnoki Zsolt, Secretary General of the ACEEEO asked the participants to forward their report to the Secretariat to have feedback on the benefits of the workshop.

The participants were provided with a booklet (see attached) that summarized the Hungarian electoral system and electoral procedure and contained the written version of the lectures. The participants could use the booklet on the day of the election and after the evaluation process to prepare their electoral observation reports. 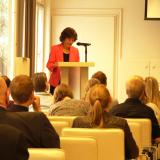 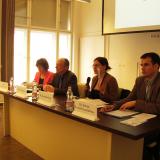 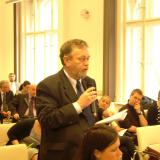 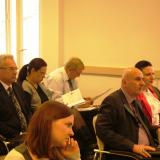 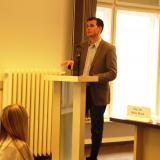 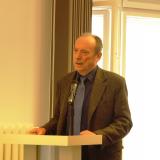 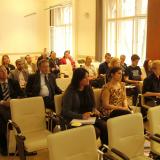 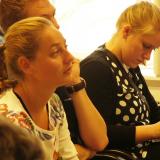 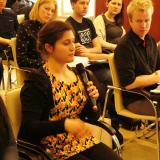