The Association of European Election Officials (ACEEEO) held its 21st annual conference on 15-17 September 2012 in Sarajevo, Bosnia and Herzegovina

The professional topic of the conference was 'Participation of Vulnerable Groups in Election Processes: Minorities and Persons with Disabilities'. Focusing on the questions concerning the right to vote and to be elected of persons belonging to these special groups of society, attendants had the possibility to discuss every aspect of the topic from the general question of equal suffrage to more technical matters like difficulties in creating accessible voting materials. The discussion of 145 electoral professionals from 45 countries was inspired by the presentations of national electoral officials, professionals of international organizations and scientists who shared their experiences both from a theoretical and practical point of view.

Participant of the conference reinforced that guaranteeing participation of vulnerable groups in the political life and especially in elections on an equal ground with others, also in connection with the international human rights instruments, is a basic requirement in democratic states and ensuring that is a common responsibility of every stakeholder of the electoral procedure, so law-makers, electoral management bodies, political parties, media and the voters. To find the best solutions, cooperation with organisations of minorities and with organisation of persons with disabilities is inevitable.

The main conclusions of the three-day conference were summarized in the Sarajevo Declaration that urges countries to take several actions in order to ensure universal suffrage.

For further information, please contact the ACEEEO Secretariat at aceeeo@aceeeo.org. 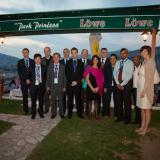 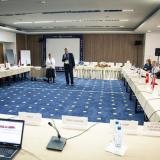 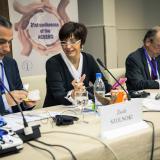 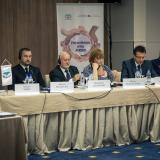