1. Second Online Symposium on Elections in Times of Epidemic

The ACEEEO invites all the interested to attend the Second Online Symposium on Elections in Times of Epidemic to be held on 4 June 2020, 14.00 (CET).

Disruption in elections is not a new phenomenon as EMBs have organized elections in challenging circumstances before, like post-conflict situations, natural disasters, and even pandemics. But since the COVID-19 virus went worldwide, new challenges arose which should be discussed by professionals in order to be able to make the most appropriate decision. There is no unique formula with a tested script of the steps to follow at times of pandemics. Certain countries affected by the COVID-19 decided to postpone elections, others introduced special measures in the conduct of elections. Each of these decisions have their short-term and long-term risks and opportunities.

The ACEEEO, led by the intention to contribute to the global discussion, organized the First Online Symposium focusing on the consequences of COVID-19 on elections on the 5 May 2020. The Symposium was attended by approximately 80 scholars and practitioners and focused on Poland, where the Presidential Election was supposed to be held on 10 May, and South Korea, where elections were held on 15 April amidst the epidemic (Please read the detailed report on the ACEEEO website and a shorter version in this newsletter).

As planned, the upcoming Second Online Symposium on Elections in Times of Epidemic will be a follow-up session which has the goal to discuss the decision to postpone the elections in a wider international and legal/constitutional context.

The first section of the Symposium will provide a follow-up on the Polish situation, where polling stations remained closed on 10 May as parties reached an agreement to postpone the elections. The question remains open what happened exactly there – both in legal and in political sense. The second section will focus on the constitutional and legal background of postponing elections in different ACEEEO Member-states. As the examples of these countries show, constitutions may have not been prepared for such a situation and that may cause that no clear provisions are available. Can the constitutional basis of postponement be derived from more general provisions of the constitutions, or is it not a legally viable option? The closing panel will focus on the U.S., discussing what state election officials are doing to respond to the crisis.

14.20 – 15.00  Constitutional basis of postponing elections - is it a legally viable option? - Case studies from ACEEEO Members

The Online Symposium is freely accessible, however, prior registration is expected. Should you wish to participate, please send an e-mail to aceeeo@aceeeo.org.

Online Symposium on ‘Elections in Times of Epidemic’ 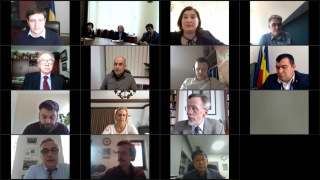 On 5 May 2020 ACEEEO held an Online Symposium focusing on the consequences of COVID-19 on elections. The circa 80 attendees from more than 35 countries representing International Organizations, Electoral Management Bodies (EMBs), Non-Governmental Organizations and Universities from across the globe have had the chance to get acquainted with the challenges and solutions of holding elections under the threat of COVID-19 pandemic. The Symposium focused on Poland, where the Presidential Election was supposed to be held on 10 May, and South Korea, where elections were held on 15 April amidst the epidemic.

The Symposium was opened by Zsolt Szolnoki (Secretary General, ACEEEO) and Tamar Zhvania (President, ACEEEO) who both emphasized the utmost importance of the continuous discussion about the challenges posed by COVID-19 to the conduct of elections. János Mécs (Project Manager, ACEEEO) shared insights regarding the general challenges and considerations with regard to elections in times of epidemic and highlighted that as it is shown by the diverse reactions by countries whether to hold or postpone elections, there is no single good solution, as there are competing considerations on both sides.

The panel dedicated to the Polish experience was opened by Krzysztof Lorentz (Head of the Department, National Electoral Office of Poland) who described the legal background and the steps that had been taken to hold elections, emphasizing that only a few days before the elections the legal and other infrastructure related to among others postal voting was under construction, creating a highly difficult, if not impossible situation with regard to organizing the elections. Wojciech Hermeliński (Former Chairman of the National Election Commission, Former Judge of the Constitutional Tribunal of Poland) noted that the Draft Law was passed at the beginning of April in the Sejm in spite of the jurisprudence of the Constitutional Tribunal prohibiting changes of the electoral legislation after six months prior to elections, and in violation of the internal regulation of the Sejm, without engaging in discussion in any of the relevant stakeholders, and the preparations (e.g. printing out materials) were made without an adopted and firm legal background. Alexander Shlyk (Head of the Election Department, OSCE/ODIHR), gave an overview of the Legal Opinion on the Draft Act which focused on how changes were made in the Sejm, concluding that the adoption was carried out in a very quick manner, leaving out important stakeholders, therefore OSCE/ODIHR recommended that changes should be made in a more inclusive procedure.

The panel about the South Korean case, where elections were held successfully, has been opened by Antonio Spinelli (Senior Advisor, Electoral Processes and Political Participation and Representation, Asia and the Pacific Regional Programme, International IDEA) who emphasized that when deciding on holding elections, key factors such as type of the election, time available, and the current state of pandemic should be considered as well as the possibility of holding legitimate elections while keeping the integrity of the institution and the health of the voters. He also highlighted that the experience of the South Korean elections may not be easily adopted to other context, therefore when drawing insights from the said election, countries should carefully evaluate their own context – capacity to contain the spread of the virus; previously existing absentee voting system; availability of resources; political environment; civic duty and multilateral cooperation. Juhwan Lee (Director of Training Department, Association of World Election Bodies) highlighted that postponement of elections was not considered as an option in South Korea, thus the aim was to keep people safe, provide legitimacy and guaranteeing the right to vote. Mr. Lee noted that an important factor was an effective cooperation with government agencies, as well as early voting and keeping the spread of the virus at bay.

The Symposium was concluded by Paul DeGregorio (Honorary Member, ACEEEO), who pointed out that the U.S. also deals with this situation, where many states decided to cancel or postpone elections. The big debate is about mail balloting, the favor of which is divided along partisan lines, and the absentee voting. Mr. DeGregorio noted that many states are looking at South Korea, and how they can conduct elections and keep voters safe at the same time. 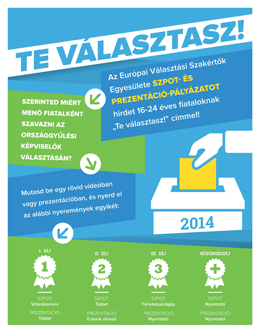